As a serious collector of licensed products, you probably know how yucky bootleg figures can be and if you’re a new collector, just starting out on collecting anime figures you may not be aware of just how many bootleg figures are in the market. In fact, you might even pick up one without realizing it.

Yuck. So let’s shed some light into this shady bootleg zone and turn you into a knowledgeable collector.

1. Make sure you know the details of that particular character

Before jumping into making a purchase, knowing the details of the character that you’re interested in can really help a lot. For example, you wanted a figure of Cell so badly that you skipped meals to buy it. Then comes your chance and you walk past by a little store selling all sorts of toys and you see what is supposed to be Cell. Will you grab it because you’ve always wanted it?

Well if you don’t know the details, you would have probably grabbed one but because you knew that Cell can’t transform into a Super Saiyan, so this must be fake.

This is what you should be looking for. However, this is an example of when the bootleg figure is very obvious and easy to spot. There are also bootleg figures that are not so easy to differentiate at first glance. This is when your knowledge on the details will help. We’ll also be looking at other indicators as we move on.

For example, when it comes to the figma Hatsune Miku append ver. figure, a little detail such as this makes a big difference.

The one on the right is original as it has the CRYPTON logo printed on the left ankle ring. Missing out on little details like this will get you conned.

2. Check out the packaging/box of the figures

Generally, bootleg packaging/box will have some differences from the original one. While some may be easier to spot, others may seem harder to spot, (depending on how good the bootlegs are at copying) and a little research and careful study will help you out.

These are the general guidelines for you to follow:

Also worth noting is that, if your figurine does not come in a box when you purchase it from a seller, there’s a good chance that it’s a bootleg (unless the seller has specified that the box is missing because the figurine is used, etc.). Bootleg figures often come in plastic bags and other non-licensed containers as well.

Most original anime figures will have a sticker, either holographic or normal, on the box which contains the name of the licensing company for the anime the character is from.

This is an example of the sticker, an indicator of licensed product.

More examples of the stickers. Each company tends to use a different design and change them every now and then as an anti-piracy measure. Look out for these stickers the next time you pick up an anime figurine.

Take note that while a sticker is an almost sure way to tell if a figurine is original or not, there have been cases where bootleg figure makers even try to copy those stickers, though it is harder to copy the holographic stickers than a normal plain type one. Use other indicators aside from the stickers as discussed under this topic.

If the paint job on the figure looks like it’s been coloured using crayons or the painting is out of bounds, for example, look at the pantsu of Hatsune Miku Lat ver. scale figure below.

Bootleg ver. has very badly painted shima-pantsu. The painting on the socks looks really rough compared to the original one.

Often, poor paint jobs include a lack of toning and shadings in important areas. Some other pointers to look out for include:

If you come across a bootleg figure, take note that the face may look slightly distorted, cross-eyed, or simply downright yucky.

Study a bootleg figure closely, and you’ll see what’s off the mark

When you’re hunting for a new figure, be aware if you come across a really cheap one. Seller of bootleg figures will try to charm you with what seemed like a good and cheap deal. Often, cheap prices for a new figure will indicate that it is a fake goods. Fake figures are often listed for a fraction of the original price. However, take note that while paying more for your figurine will not always guarantee that it won’t be a fake, it definitely reduce the chances of getting a bootleg figures. Besides pricing, do make use of other points mentioned earlier to help you determine a bootleg figure because price alone is never a good indicator.

While it is true that most bootlegs are really cheap, this is an example when pricing alone as an indicator is not enough. With the help of other pointers mentioned earlier, it can make a difference.

4. Materials used for the sculpture of figurines

Unlike original figures, bootleg figures are often made of cheap, flimsy plastic-like materials. The accessories or pros that comes with the figure usually looks very cheap and bends easily. Original products are often made of a firmer, higher quality plastic and comes with well-crafted and sturdier accessories and props. Take note that while bootleg figures may break more easily than the original one, the licensed products can be quite fragile as well so this alone is not always the best indicator.

This is an example of when the bootleg version of the electric guitar prop breaks more easily and not to mention that the colouring quality is a little bit off.

Bootleg figures made of cheaper materials are prone to defective marks and scratches like the one on the left. The original one on the right looks a lot more clean and smoother.

Cheap material that causes the crack on the figure.

When something seems obviously ridiculous about the figurine (i.e. the description, name of product, the look of the figure, etc.) then it is most likely a bootleg. Most bootleg figure sellers (especially at online marketplaces like eBay and most China-based sites) will give a nonsense name and description for the figurine.

Look at the loooong nonsense title and not to mention the look of Saber’s face. 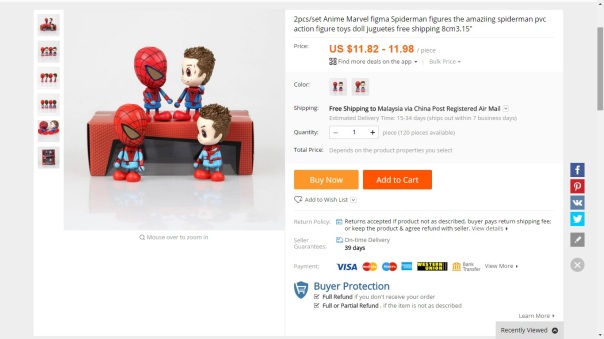 See the title? How is this a figma? 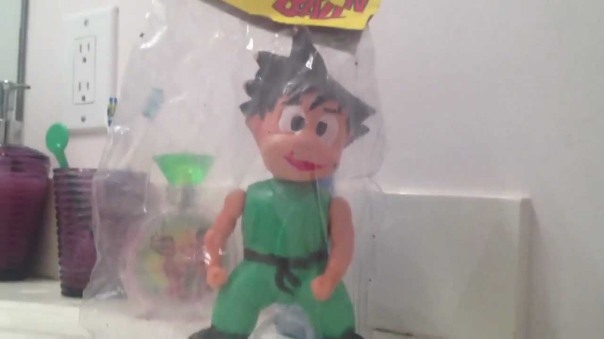 Almost all original anime figures come in Japanese language. Usually, Japanese words are printed on the box and the user manual or guide which comes with the figurine.  This is true especially in the early days however, English language is also quite common these days as the fan base outside of Japan increases. Some figurine makers have started to include English as well. Take note that bootleg figure makers may also try to copy the Japanese and English language used but if you take a look at it closely, you’ll spot some mistakes here and there.

Some are easier to spot. Take a look at both of these Super Saiyan 3 Goku figures from the S.H. Figuarts series below. 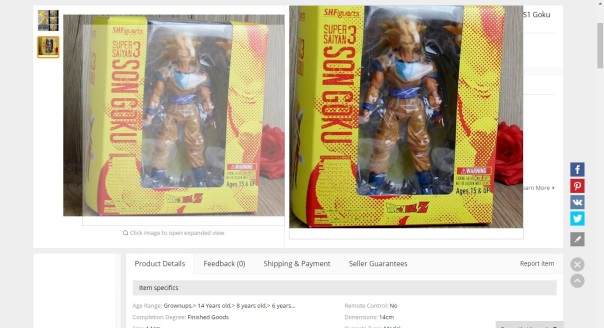 This bootleg tried to copy the language but it did not have the original seals and trademarks.

Comparing the bootleg and original ver. side by side. For example, while the missing trademark and stickers indicates a bootleg…

By now, you should be able to differentiate the bootleg from the original. (^o^)

Hope that you’re now more aware and have learned the different ways in identifying a bootleg anime figure. When you’ve become an expert at it, teach other fellow collectors especially beginners. When you buy original anime figures, it means you support the anime industry. Animes are not made to be watched for free after all and this is just one of the ways the producers can recuperate the cost of making our favourite animes (^o^)

Posted on April 15, 2016, in Hobby Life. Bookmark the permalink. Leave a comment.